No matter what time day or night, a steaming bowl of Pho noodle soup is never hard to find in Vietnam. Just as Pad Thai in Thailand, this dish in Vietnam is one of best delicious Vietnamese Food Pho in this country. And everyone around the world always wants eating Pho when they have a chance to go to Vietnam. 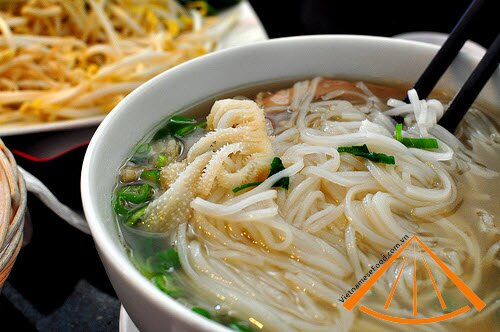 Pho consists of flat rice noodles, meat-based broth. The dish is usually accompanied by basil, lime, chili, and other extras on the side so that eaters can season the soup to their own taste. The balanced tastes of sweet, salty, spicy, and citrus are highly contagious; Pho usually becomes an instant favorite for anyone visiting Vietnam.

Some squeamish eaters may balk at authentic Vietnamese Food Pho which is made from beef bones, tendons, tripe (stomach), fat, and sometimes ox tail. Bones and lesser-quality cuts of meat are simmered for hours to produce the soup broth. With popularity of Pho, many chain restaurants catering to tourists now omit ingredients that may frighten business away. Broth is commonly made from beef, pork, or chicken bones; only lean pieces of meat are added. 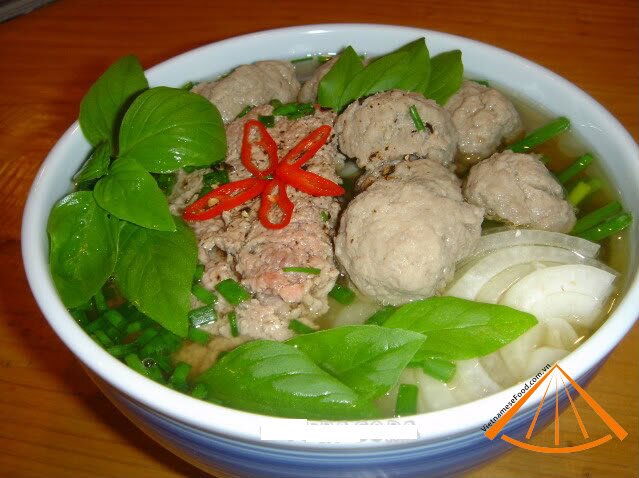 The History of Pho:

Despite its popularity, opinions differ about the origins of Pho soup. Culinary experts generally agreed that the rice noodles were brought by Cantonese immigrants from Guangdong province in Southern China. Some say the soup itself was influenced by the French during their colonization of Vietnam, however locals dispute this theory. The Vietnamese claim that Vietnamese Food Pho originated in the Nam Dinh province just southwest of Hanoi and then spread to other parts of the country.

Refugees fleeing Vietnam in the 1970s carried pho to the West where it grew quickly in popularity. Even President Clinton enjoyed a bowl of Pho during his historic visit to Vietnam.

Ingredients and styles of Vietnamese Food Pho vary by region throughout Vietnam. “Gà” typically means that the dish contains chicken; “Bò” means the dish is prepared with beef.

Here are a few popular variants of Vietnamese Pho: 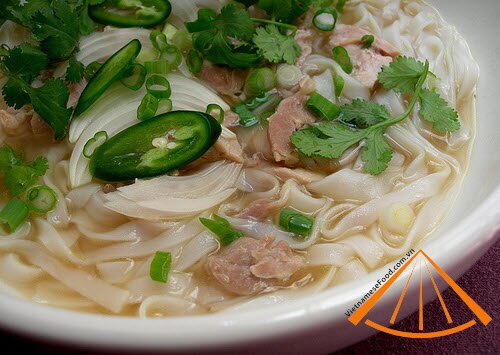 *** The ultimate pho dish - not for the faint of heart - is known as "Specialty pho" or “Pho Dac Biet” and contains every type of meat available in the restaurant including chicken hearts, liver, beef tripe, and tendons