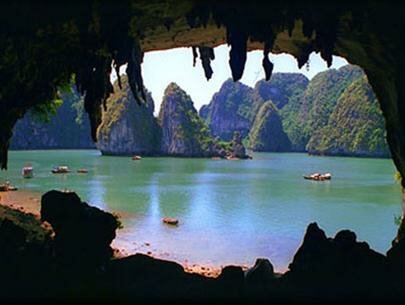 The provincial topography is narrow and sloping from the west to the east. The area is divided into specific geological zones: mountainous, hilly and midland, lowland, coastal sandy area. The seaside stretches 116km with large Gianh and Nhat Le ports.

It is famous for many charming landscape of mountain and sea. The coast is dotted with blue water, yellow sand beaches that sparkle under forests of green willow trees.

Finest flour rice spaghetti (Bánh Canh Bột Lọc) is the local specialty food there. You may know the finest flour of Hue, it is one of the Best Vietnamese Food which come from Hue and well known in Vietnam. In Quang Binh, the local residents combine this best food with rice spaghetti which is Vietnamese popular food. This combination is really luscious; I enjoyed two bowls at the first eating. It is really awesome.