From many places About Vietnam, we can not miss Nam Dinh Province (Tỉnh Nam Định). Here is also my grandad's hometown. Situated on Red River Delta, Nam Dinh is contiguous to Ha Nam, Thai Binh provinces on the north, Ninh Binh Province on the west and the East Sea on the east with 72km seaside. Nam Dinh is not only a granary of midland in the North but also a center of textile industry in Vietnam. 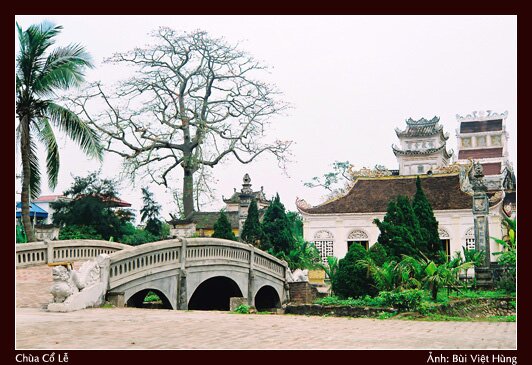 Coming to Xuan Thuy National Park, tourists enjoy observing many of special birds, 9 types of which are listed in the world's Red Book. From November to April, it is a gathering place for tens of thousands of birds migrating from the North.

Besides that, tourists are interested in admiring varieties of orchids, camellias and roses in Vi Khe Ornamental Plant Village, swimming in Thinh Long Beach. Every year, Nam Dinh held special traditional events like Vieng Fair, Phu Day, Co Le, Dai Bi, Keo Hanh Thien, Vong Cung pagodas, Tran Temple festivals. Cheo, van, xam songs, puppet showing and boat racing are preserved here.
Moreover, there are many old and beautiful churchs in Nam Dinh. Many churchs were built from many years ago. Phu Nhai Church, Thanh Danh Church and Kien Lao Church are 3 of many spectacular architecture in this province. When you visit here, you should not miss these places. 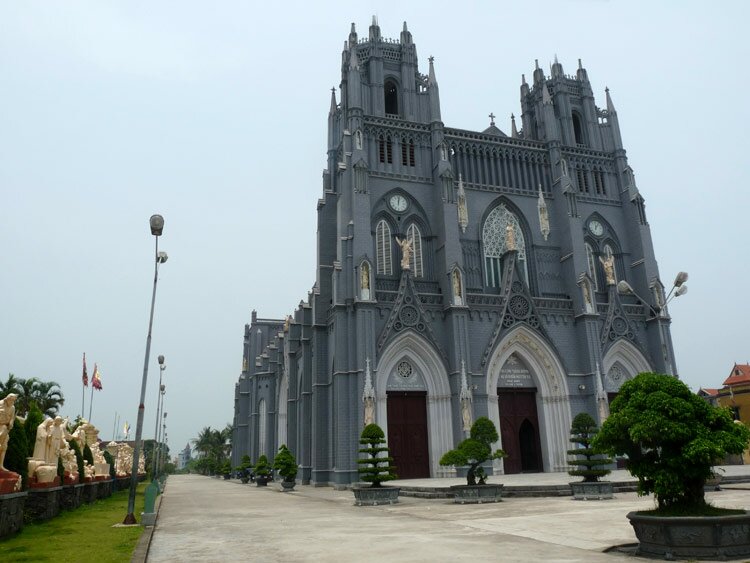 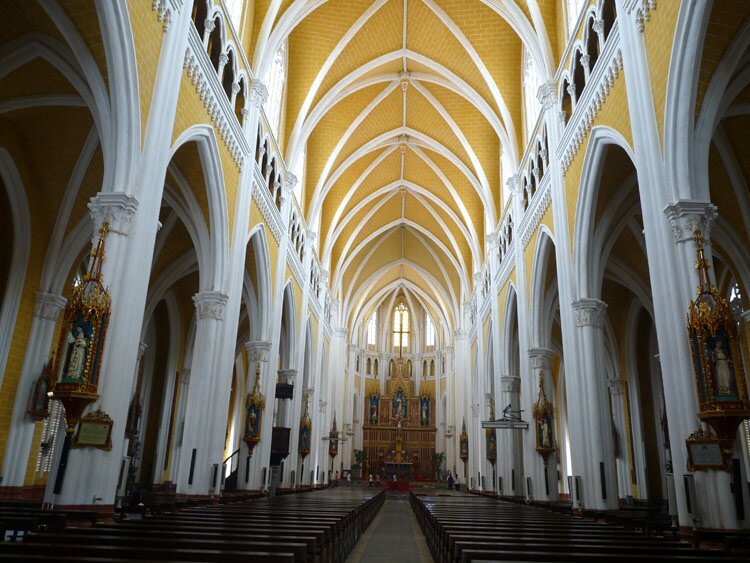 Inside of Phu Nhai Church 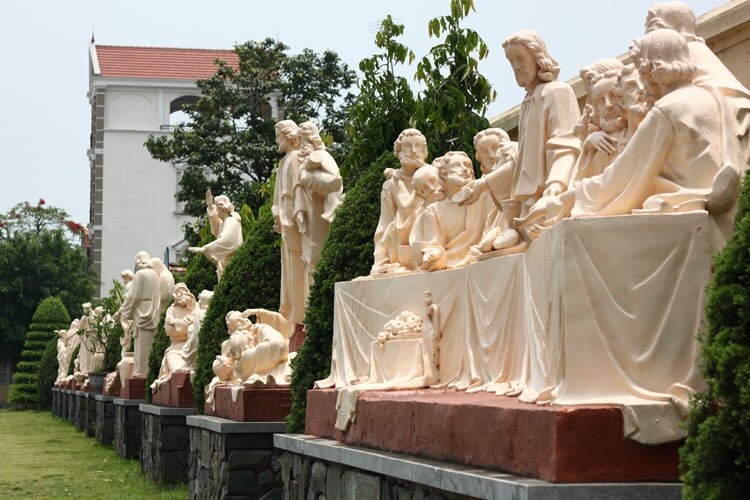 Many Beautiful Statues outside of Phu Nhai Church 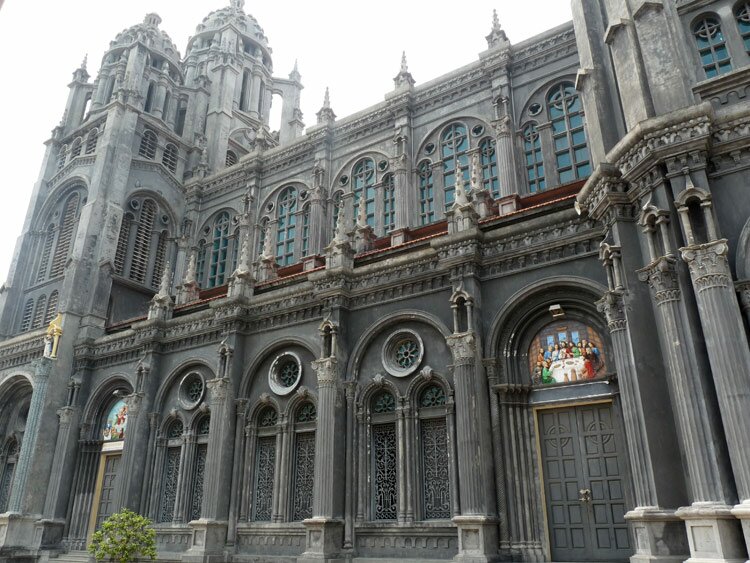 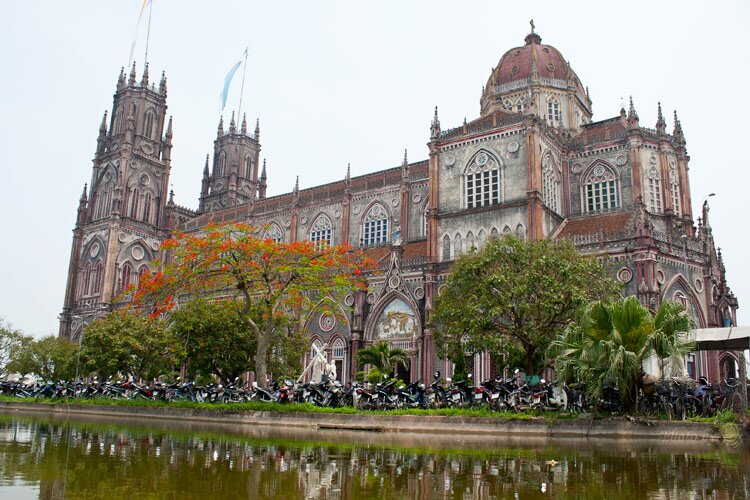 Kien Lao Church ~ One of biggest Churches in Nam Dinh

You may know about Ha Noi Pho. This style of Pho is selling widely all around Vietnam. However, there is one style of Pho that existed before Ha Noi Pho. It is Nam Dinh Pho. The making broth is the main part of this Pho. I just know that they cook the pork’s bone in the one pot for more than 7-8 hours to make the broth smelly and sweetly.