One place you can not forget About Vietnam is Dien Bien Phu City (Thành Phố Điện Biên Phủ). It is 474km from north-west of Hanoi, surrounded by mountains and lies in the Muong Thanh Valley, 20km long and 6km wide heart-shaped basin. Nam Rom River runs across the valley. That is why the Muong Thanh Valley is so fertile. The Battle of Dien Bien Phu is a well-known historical event symbolizing the glorious victory of the Vietnamese people and army. After 1953, French expeditionary corps occupied Dien Bien Phu and set up a group of fortresses equipped with many state-of-the-art weapons. Dien Bien Phu Victory created a great echo in the world. 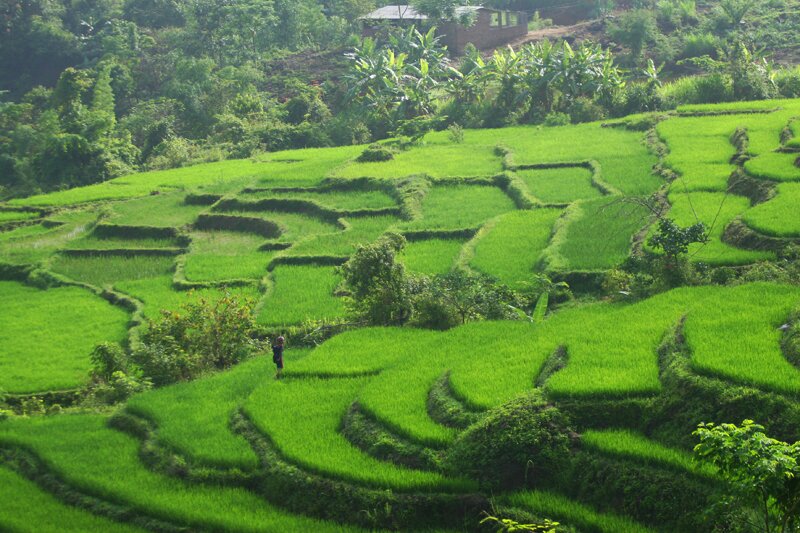 The heroic struggle of the Vietnamese people's army against the French expeditionary corps lasted for 55 days in 1954. General De Castries and his entire command were taken alive and 16,000 enemy troops were put out of action. The relics of the Battle of Dien Bien Phu includes Doc Lap Hill, the airport and the command tunnel of General De Castries. Much of the Viet Minh's brilliant strategy was planned in a 320m long tunnel, dug into a small hill, some 30km east of Dien Bien Phu. 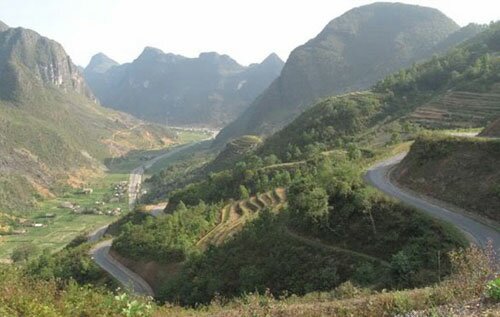 Some huts where planning sessions were held are clustered near the mouth of the tunnel, which is now overgrown with moss. A group of Thai women carrying baskets of maize drift past; war seems very far away. General Giap has been back many times to revisit this site and many of the visitors, both foreign and Vietnamese are veterans of the battle for Dien Bien Phu. 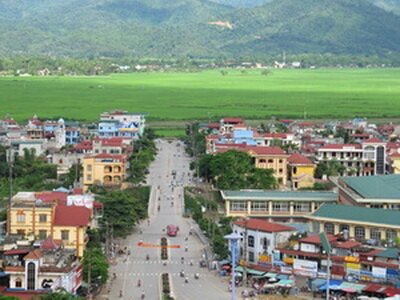 Pa Khoang Lake is actually a man-made water reservoir, crucial for the irrigation of the valley below. It is also the site of Dien Bien Phu's only tourist resort - a newly built hotel that resembles a Swiss castle. On weekends, the 21km road from Pa Khoang Lake to Dien Bien Phu is busy as the city's residents flock here for day trips. The resort is a sign of things to come as Dien Bien Phu's history continues to draw tourists. 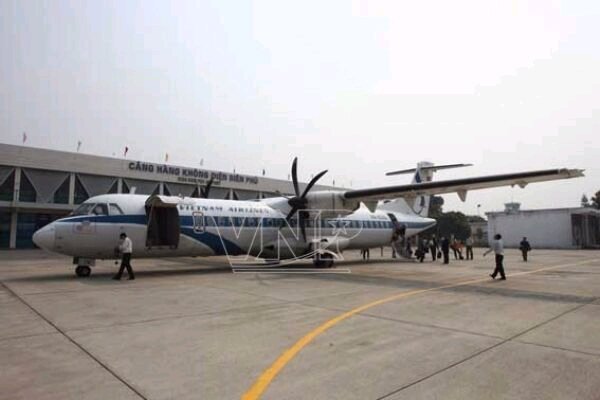 Dien Bien Phu City is alive with colour, as the Vietnamese, Thaiand H'Mong residents go about their daily affairs like carrying their wares into city, shopping in the crowded market, and holding xoe dancing parties in their stilt houses. These people, whose cultures are as different as their clothing styles, share the same warmth and hospitality for tourists. Dien Bien Phu is a historic site and the natural scenery is stunning. But it is the city's forward looking people who make a trip to Dien Bien Phu truly memorable. 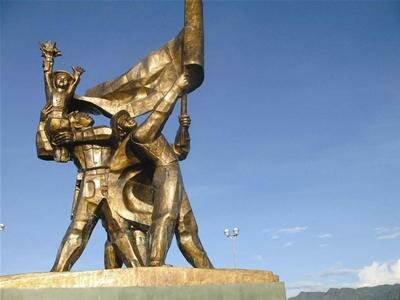 The specialty food of Dien Bien is dried food. They are dried buffalo, dried chicken, dried pork, etc. From this heroic city I think you may know more about Vietnam. Hope you have a happy trip in my beautiful country. 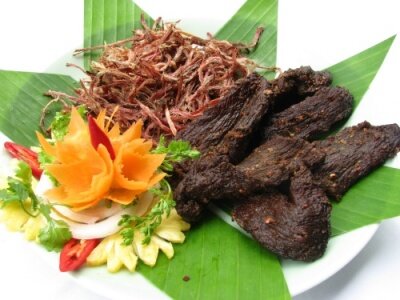