This is the second part of my multi tips around the War Remnants Museum (Bảo Tàng Tội Ác Chiến Tranh), with the assorted captured military equipment from the US Army and the ARVN (Army of the Republic of Vietnam). Let continue to my trip to discover more this museum to let you know more About Vietnam. 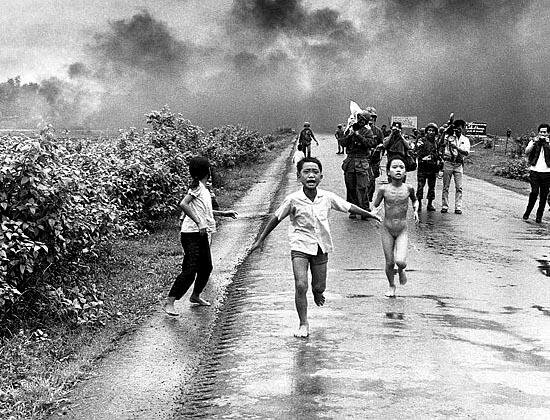 The now enlarged yard outside the main building houses assorted military equipment, which include a UH-1 "Huey" helicopter, an F-5A fighter, a BLU-82 "Daisy Cutter" bomb, M48 Patton tank, an A-1 Sky raider attack bomber, and an A-37 Dragonfly attack bomber. 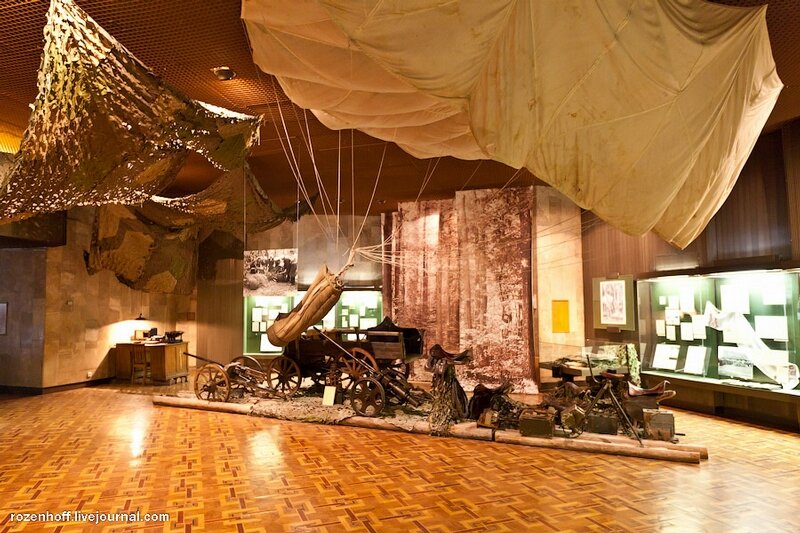 Several display aircraft (F-5, A-37) have non-standard markings indicating "U.S. Air Force," but are in fact former South Vietnamese Air Force (VNAF) aircraft. You can take pictures and videos of the equipment on display. There are many things for you to discover About Vietnam through this war museum. 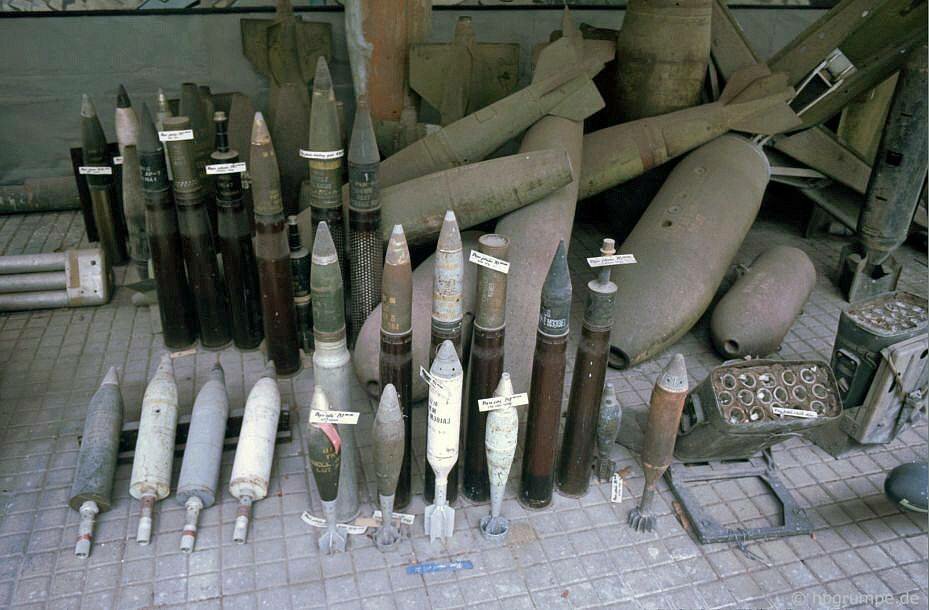 The museum contains exhibitions related to the American phase of the Vietnam War. The exhibitions are housed in several buildings and the themes are: “Historical Truths”, “Requiem” - (a photo collection taken by war reporters killed during the Vietnam War), “Vestiges of War Crimes”, “Imprisonment System” - (including a model of the Tiger Cages), “Vietnam – War and Peace” - ( a photo collection), “International Support”, “War and Peace” - (a collection of children's paintings), and in the museum yard you will find an exhibition of weapon used in the Vietnam War (tanks, planes, missiles, helicopters and more).

The SECOND Level of the Building Houses the Aggression War Crimes Pavilion and the Agent Orange Aftermath Pavilion, where photos and documentaries of the victims of Agent Orange and other assorted "horrors" of the war is featured plus several unborn fetuses with deformities due to Agent Orange. 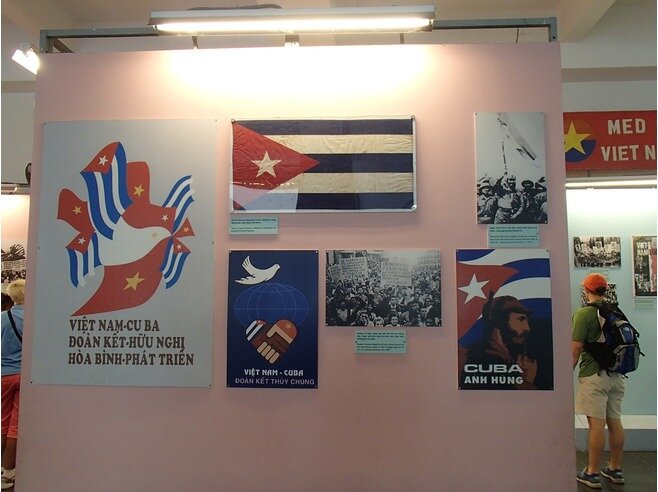 The Third Level of the Building Houses Historical Truths Pavilion (A room containing photographs, propaganda, news clippings, and signboards geared toward showing the wrongdoings of the U.S. government in the 1960s and 1970s.). Requiem Pavilion (A powerful collection of photographs taken by 134 international journalists who were killed during the Vietnam War), Vestiges of War Crimes Pavilion (Another room heavily dosed with propaganda showing the mistreatment of civilians during the war) and the Vietnam Post War Recovery Pavilion. 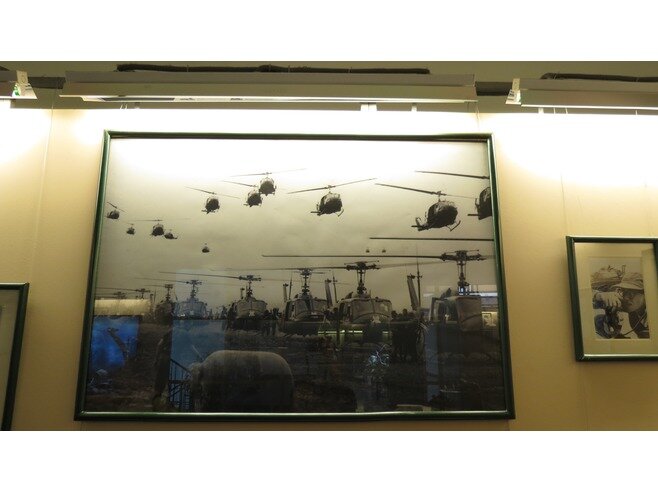 It is not a museum for everyone – gruesome photos of the My Lai massacre and of victims of napalm bombs and Agent Orange. This is the end of my trip, this museum made me a high impressive as well as sympathy to the people in the past. How do you think? You know more About Vietnam now? 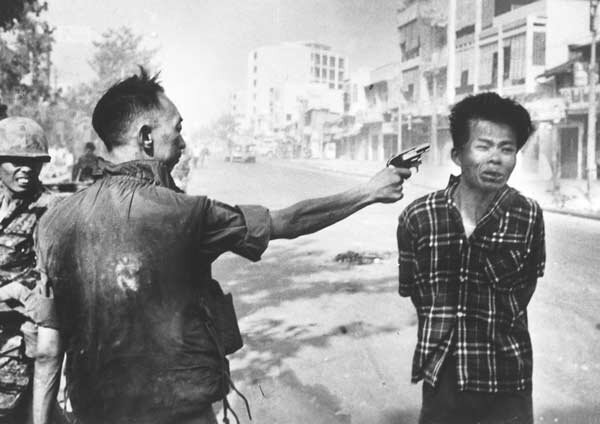 From the exhibited remnants I saw, I believe that what happened during those times are lessons in order to be learned. It’s not easy to look back on the very bad situations that took place but when you see the purpose of it, it means that we have to move on and help each other; after all it’s the reason why we are here on earth.

The relationship between Vietnam, France and USA now is getting better. They are doing business and trading as well as working for peace purpose together. The purpose of this article is reflect the cruel of war in the past and the long its effect to many victims, not criticize or blame any words on France and USA. I think after reading this article and visiting the museum, you might know more About Vietnam and stand for peace for next generation. 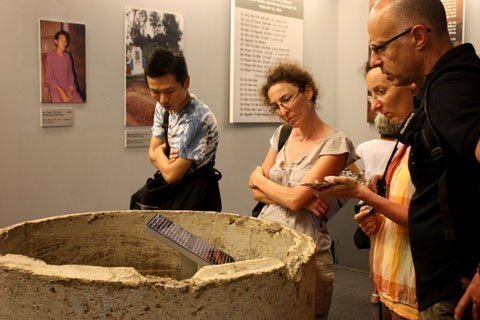