Are you considering moving to Vietnam? Do you need information about living in Vietnam? Or would you like to share life experience in Vietnam? Let discover real life in Vietnam with Vietnamesefood.com.vn. Genuine experiences are always better than travel brochures.

Living in Vietnam can offer a true taste of life in East. Vietnam is a developing, densely populated country that has historically been related with war and punishing centrally planned economy. Today, however, it is becoming increasingly popular as a tourist destination and its beautiful countryside and beaches are becoming a final choice of tourists.

Although Vietnam is a small country with a total area of approximately 329,000 square feet, it is home to 54 different ethnic groups. Of these significant group is the Kinh (Viet) people, who account for 86% of the total population. The country divided into 58 provinces and 5 centrally-controlled municipalities existing at the same level as provinces. They are Hanoi, Hai Phong, Da Nang, Can Tho, Ho Chi Minh City.

There are many types for living in Vietnam. From Hostels, hotels to apartments, villas … Tourists have many choice to choose and book before go to Vietnam to visit. Next post I will introduce more details about each type of living in this country.

Vietnam as an expat Destination

In recent years, Vietnam has become a popular destination for foreigners because it is a safe place to work and live. Expats are attracted by nice weather (most of the time is sunny), low cost of living, lively culture and steady improvement in economy and infrastructures. Despite there are many advantages that discussed above, expats are still complaining about the pollution and traffic conditions. It is common to see Vietnam’ resident and others wear masks in order to prevent the inhalation of dirty fumes and the streets are regularly congested with high volumes of cars and bikes.

Cost of living in Vietnam.

Vietnam has a comparatively low cost of living, so the expatriates can live a very comfortable life here with a moderate expenditure. However, in 2012 the Mercer Cost of Living Survey stated that Hanoi (capital of Vietnam) and Ho Chi Minh City remain their position unchanged on the previous year at 136 in the list of most expensive cities in the world. There is varied accommodation available to suit all budgets, from up-market apartments in major cities to modest houses in the suburbs.

One of the delights of visiting Vietnam is the cuisine. There are nearly 500 traditional Vietnamese dishes. Food is often superbly prepared and very reasonably priced. Markets and supermarkets sell a variety of fresh meat, fruit and vegetables as well as rice, breads, spices and other ingredients. 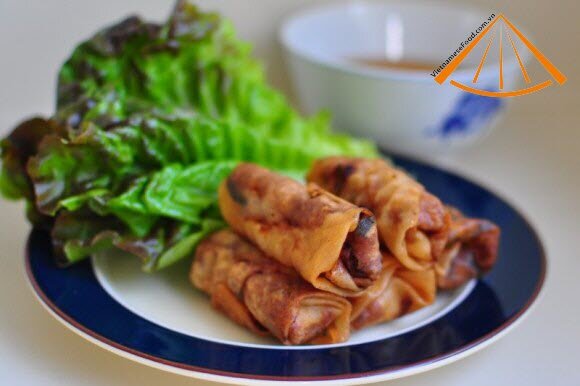 The expatriates can find out that eat at the local bars and restaurants which has a big different in price. The price of local food is extremely cheap (only $1 or $2 for one food), but western bar and restaurants are much more expensive. As with many Asian countries, beers and spirits are cheap, but wine is expensive.

Ho Chi Minh City and Hanoi have a wide range of cinemas, coffee shops, restaurants and bars for entertainment, allowing visitors to Vietnam to meet locals. There are also many interesting galleries and museums in both cities.

For those seeking a healthy alternative, there are a number of gyms and fitness clubs with swimming pools that are available to tourists and for casual visitors at reasonable prices. Other recreational options include bowling, golf, tennis, squash and traditional martial arts.

Vietnam has a diverse climate due to its wide range of latitudes and altitudes. Although the entire country lies in the tropics and subtropics, local conditions vary from frosty winters in the far northern hills to year-round, subequatorial warmth in the Mekong Delta.

There are two distinct seasons in Ho Chi Minh City: wet and dry. During the wet season, which lasts from May to October, there are brief but heavy downpours, usually in the afternoon.

Temperatures average around 30 degrees. The dry season goes from November to April and at this time the weather is at its most pleasant with temperatures around 33 degrees. The hottest time in this southern city is from March to April or May and temperatures can soar to 38 degrees with high humidity.

Hanoi has four distinct seasons. Winter is from December to February and temperatures may drop to single figures (Celsius scale). Spring is from March to May and is quite pleasant. Summer from June to August can be very hot and humid with temperatures in the high 30s (Celsius). Autumn, another pleasant time in Hanoi, is from September to November. Rainfall is common throughout the year.

Ho Chi Minh City and Hanoi are well served by public transport in the form of buses, but most locals still prefer travel by motorbike. Taxis are cheap with the first two kilometers costing about VND 12,000 (which is less than $US $1). Motorbike taxis (‘Xe Om’, pronounced ‘say-om’) are half the price and can be found on street corners, markets, hotels and bus stations.

It is required by the law to wear a helmet when traveling on a motorbike. Students often rent or purchase a motorbike, while others take taxis or motorbike taxis.

Work opportunities for expats living in Vietnam are quite rare but it is not entirely impossible to find suitable work. There are growing opportunities in fields related to not-for-profit international development work. The expats can use website such as www.interaction.org to look for opportunities in the region. Be aware that jobs preferred to person who has previous experiences in the same type of work.

Key Facts Every Expat Should Know About Living in Vietnam

One of important things when living in Vietnam is currency uses three separate currencies, gold is used to purchase land and housing, US Dollars are used for luxury items and Vietnam Dong is used for day-to-day items.

While actual land ownership is not possible at this time for non-Vietnamese, expats living in Vietnam can gain a 50-year lease for land and then build a house upon that land.

Foreigners are currently not allowed to rent or drive a car in Vietnam without a Vietnamese driver`s license. Motorbikes can be used.