When mention about Vietnam, we cannot forget about one special day. The Hung Kings Temple Festival (The Death Anniversary of The Hung Kings) is held annually on March 10 of the lunar calendar to commemorate the 18 Hung Kings who founded Vietnam. It is an important activity for nation to complete a dossier to submit to UNESCO for recognition of the “Hung Kings Veneration Ritual” as an intangible cultural heritage of humanity. 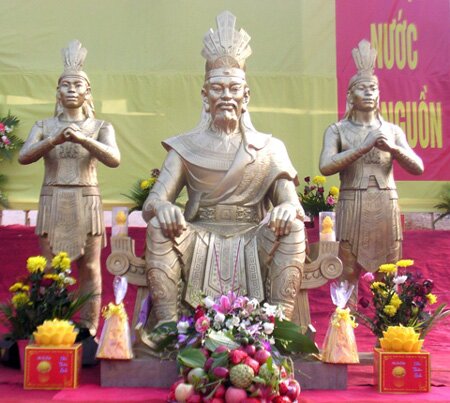 It has become a tradition that on the death anniversary of the Hung Kings, Vietnamese people both at home and round turn their hearts to the ancestral land of Viet Tri-Phu Tho to pay tribute to their nation’s founders. At this year’s festival, the palanquin procession and incense-offering rite took place solemnly at Kinh Thien Palace on Nghia Linh Mountain in Co Tich Village, Hy Cuong Commune. Here is also one of important things about Vietnam you should not miss when visit here on these days. 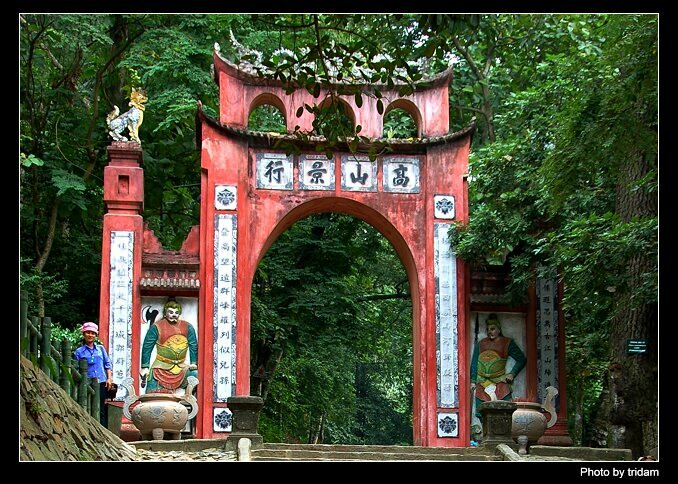 At 7:00 A.M on March 10-2012 of the lunar calendar, the incense-offering rite was carried out at the central yard of the festival, the Lower Temple, the Middle Temple and the Upper Temple on Nghia Linh Mountain with the participation of the leaders of the Party, State and representatives of Phu Tho Province and many other provinces and cities nationwide.

Leading the procession were soldiers of the honor guard of the Vietnam People’s Army who carried the national flag, festival flags and a wreath. They were followed by 14 girls carrying on their heads incenses, flowers and offerings like square glutinous rice cake (Bánh Chưng) and round glutinous rice cake (Banh Giay), and 100 boys carrying the festival flags that symbolized the image of the children of the nation’s legendary father and mother Lac Long Quan and Au Co returning to their ancestral land.

After the palanquin procession, the delegation gathered in front of the Upper Temple to prepare for the offering rite. In a sacred and solemn atmosphere, National Assembly Chairman Nguyen Sinh Hung, Chairman of Vietnam Fatherland Front, Huynh Dam and representatives of Phu Tho Province respectfully offered flowers, offerings and incenses to commemorate the Hung Kings. In his speech, Hoang Dan Mac, Chairman of Phu Tho Province’s People Committee and Head of the Hung Kings’ Death Anniversary 2012, praised the merits of the Hung Kings and affirmed it is a national celebration and festival. He said that the festival was a chance to encourage a patriotic spirit and promote national solidarity.

To sum up, we still have many other special days about Vietnam which will be shown on next posts. Hope you guys will satisfy with this post and make sure you will not miss this special festival which will be hold soon. Hope you have an interesting trip with family and friends in my beautiful country.