Today I would like introduce more province to let you know more About Vietnam. Cao Bang Province (Tỉnh Cao Bằng) is located in the Far North- East, shares borders with China on the north and east, Bac Kan and Lang Son provinces on the south, and Ha Giang and Tuyen Quang provinces on the west. The topography is complicated so inter-transportation is limited. 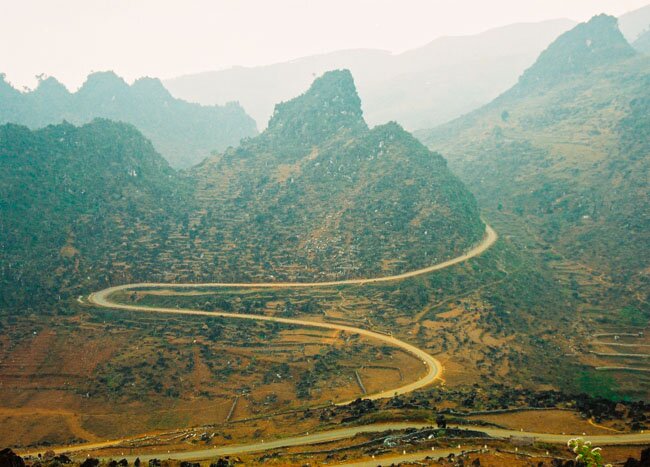 Cao Bang has temperate climate. There are 4 seasons: spring, summer, autumn, winter. The average temperature is 25 - 28oC in summer and 16 -17oC in winter. Snow sometimes falls in winter on high mountains such as Trung Khanh, Tra Linh. 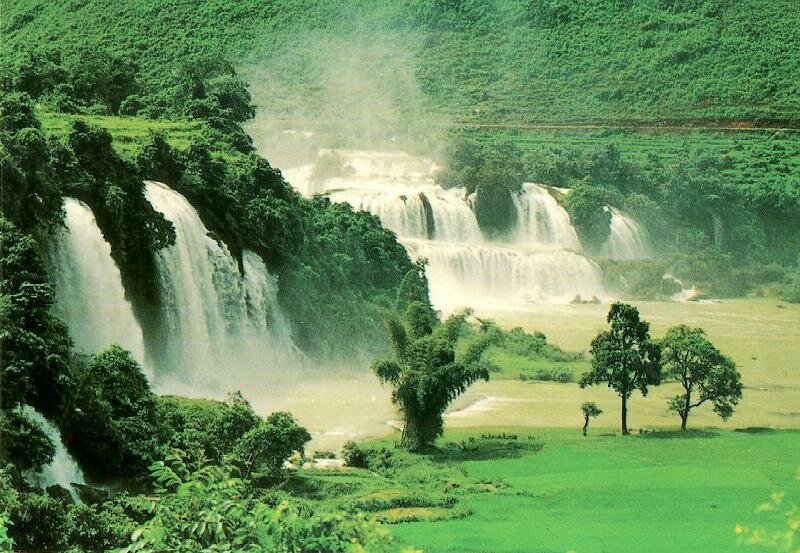 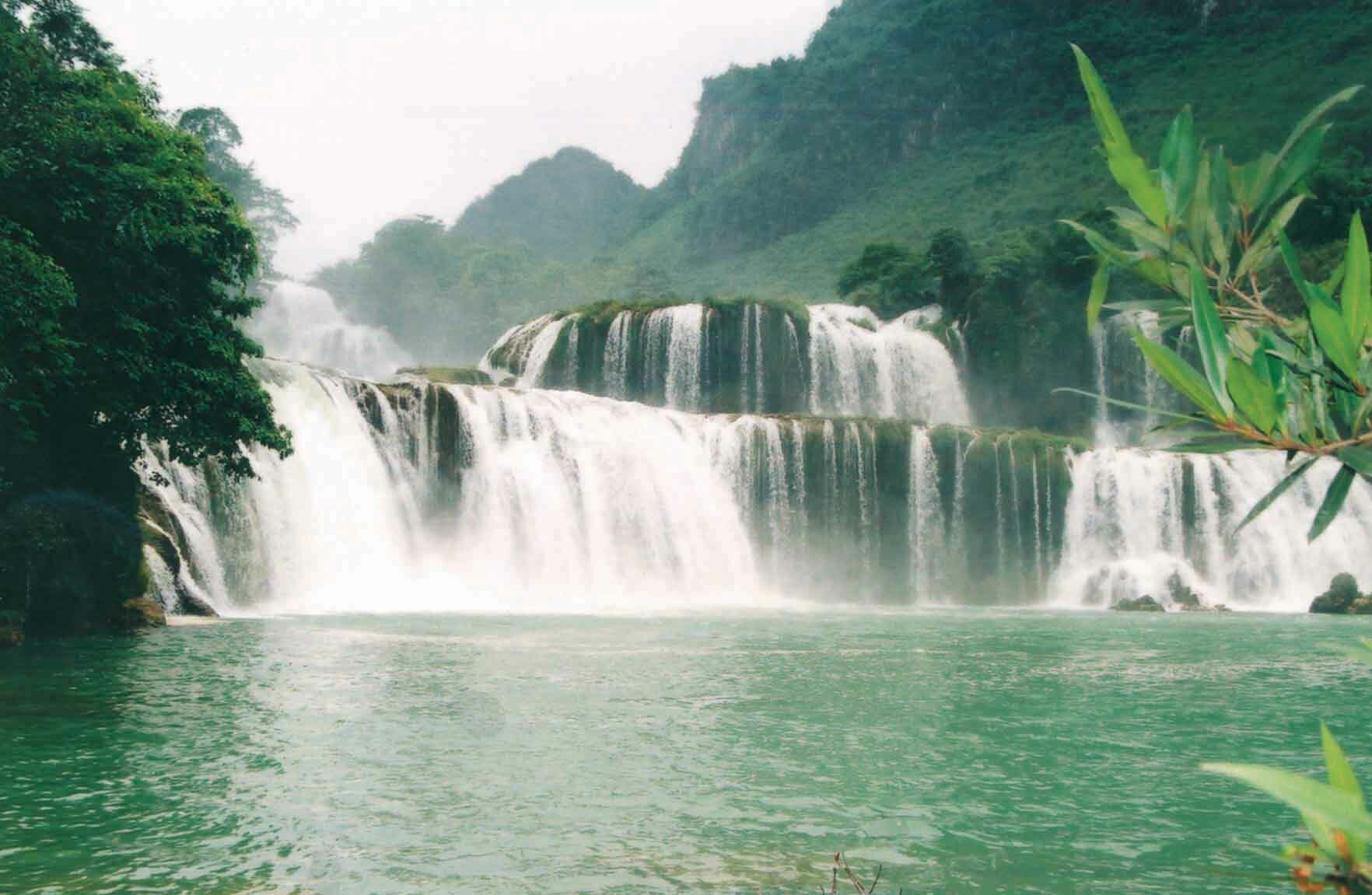 Many ethnic groups live together here. It creates plentiful traditional culture. Tay group makes up a large amount of population. They have own handwriting (Tay-Nung language group). The Tay's special culture is showed in village festival, vi and then singing. 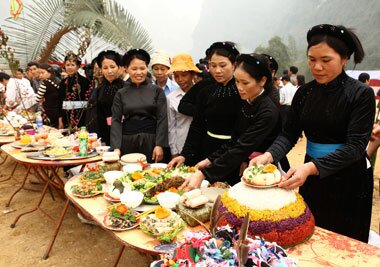 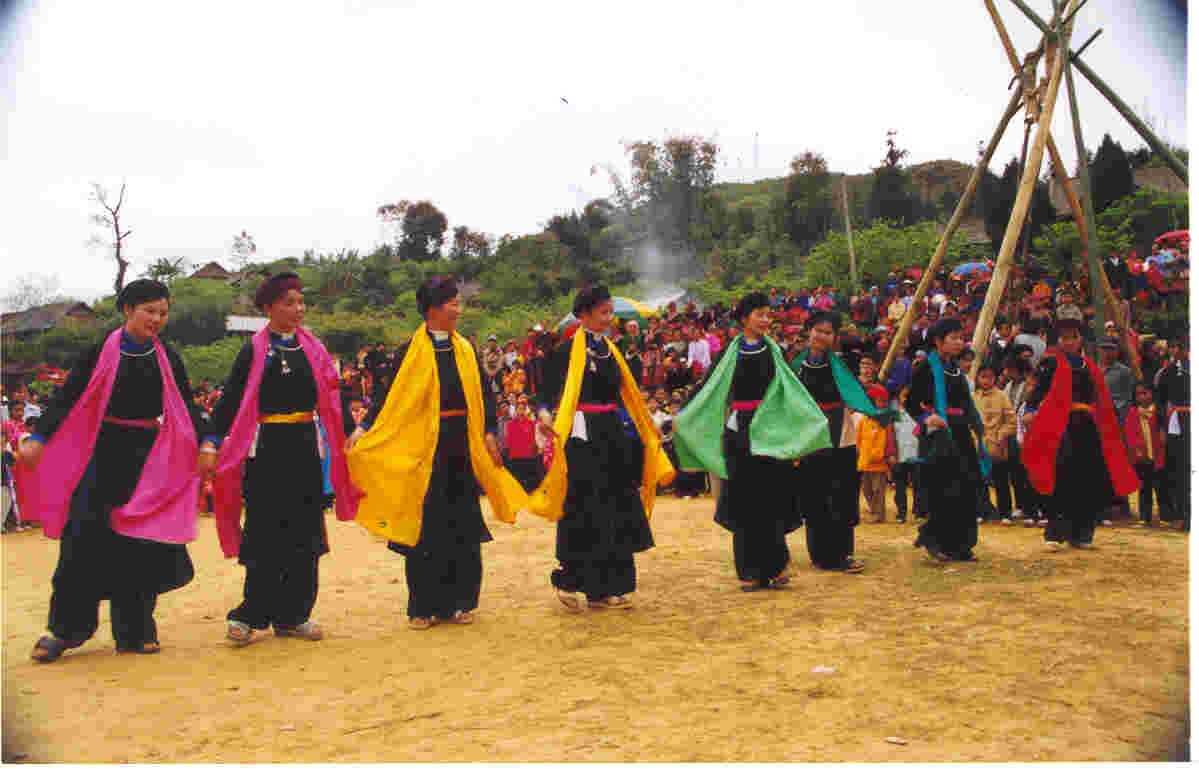 The Tay Festival
In the middle of April and May, Cao Bang has one specialty food that attracts not only the local people but also the visitors. It is Ant Eggs Cake (Bánh Trứng Kiến) due to it is ants’ born time. People gather one group and go in the forest together to find the ants’ eggs. After taking the ants’ eggs, they mix them with green bean cake. The only green bean cake is so delicious, and the combination with ants’ eggs is fantastic. 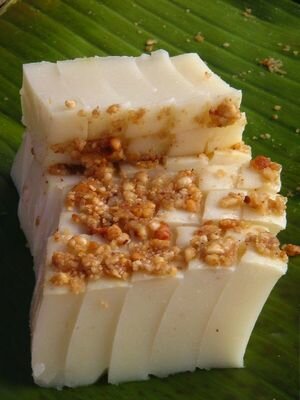 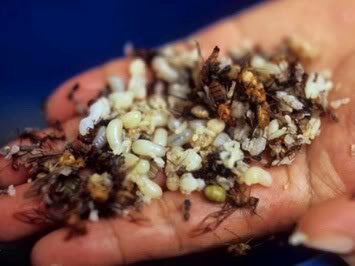 To sum up, with this menu About Vietnam, you can search any where you should go before visit our beuatiful country. We are trying to give more specific details of each province which can help you as much as it can. Hope you have an amazing trip with family and friends. Happy Lunar New Year, everyone.